After fading out of fashion during the 1960s and ‘70s, the Mid-Century Modern design style has surged back into vogue over the past fifteen years or so, this time as a retro-chic home decor aesthetic. Today, the trend doesn’t show any signs of slowing down. That’s probably because the Mid-Century Modern style has a certain timeless quality to it, owing to its simplicity of design and its emphasis on function over form. This fits very nicely into our modern taste for bright, clean, open spaces.

So it’s no wonder that people are filling their homes with Mid-Century Modern fashions. But there’s a problem.

In recent decades, consumers have begun to treat all products as disposable, even big and durable products like furniture. Due to consumer demand for ever-lower prices and the outsourcing of labor overseas, most of today’s furniture and appliances are vastly inferior in quality and craftsmanship.

To anyone who insists on having the real thing, that means scouring yard sales and antique shops for authentic articles from the actual Mid-Century Modern period. Fortunately, these objects are not yet rare. They still exist in millions of homes across the country. Many of them will need a little love and reconditioning, but they’re still going to last longer than their modern counterparts.

With that in mind, here is our list of 10 antique items you should have in your Mid-Century Modern home. We’ve arranged these 10 items into three specific “projects” to help you focus your redecoration. In the middle of the 20th century, home libraries were a statement of good taste and sophistication. These were usually found in a home’s den, study, or even right in the living room to be on display during parties and social dinners.

To supplement these core articles, consider items like end tables, an ottoman, a wall mirror, and a desk. You can find more home library decor ideas here.

Nowhere in your home will you get a bigger blast of Mid-Century Modern vibes than in the kitchen, where you can replace your small appliances with period-appropriate antiques. Believe it or not, some of these appliances were so well-built that they work just as well or sometimes even better than today’s counterparts.

When you visit yard sales, keep your eyes peeled for items like these:

You can find some great home lighting inspirations here.

We hope this list of 10 antiques was helpful! Happy redecorating! 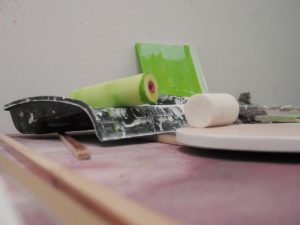 How To Prepare Your House Walls for Interior Painting? 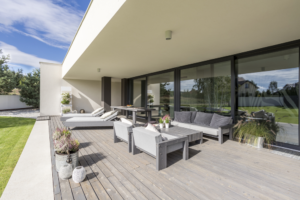 Home Décor: Nine Ways to Brighten Up your House 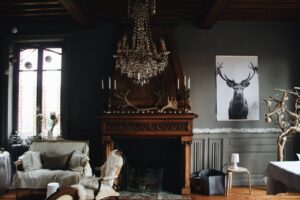 DIY Ideas to Update Your Home in 2021